This is another one amongst the favorites of spices that I love using: Whether it’s because of the color that it adds to food, or its mildness when it comes to flavor, which works for me, the liking of it spins across so many varied reasons. I just love using it: On meat rubs, in stews, sauces, marinades, well even in spice blends; I honestly can’t stop expressing how much I really enjoy adding it as a favorite ingredient. In this chapter, we are get to know about this spice, and why it should also be on your must haves list.

Though native to (Mexico) and South America, in what is now Brazil and part of Bolivia, Hungary and Spain are the main producers of Paprika, and the two countries are also known to produce multiple varieties of it. There is well documented history, of how the spice moved from the Americas to Europe up until it became a key ingredient in Hungarian and Spanish cuisines. In Africa, Zimbabwe is the place you’ll find paprika being cultivated mostly. Pilipili mbuzi is its Swahili name.

Paprika is a close cousin of cayenne pepper. Its characteristic red color comes from a variety of red peppers, bell peppers and chilli peppers, all part of the (Capsicum annuum) species. It is made by drying and grounding the peppers. Paprika can be found as sweet (mild), spicy (hot) and smoked varieties (with a characteristic smoky flavor as the peppers are dried over fires before grounding)

Paprika can also be used as a garnish, especially for soups and can be sprinkled on eggs. For hot paprika, it can be used in place of cayenne pepper, which is itself a fiery spice, whilst smoked paprika can be a good addition in BBQ (choma) and hot sauces.

Some Health benefits of the paprika spice include:

Just a tablespoon of Paprika has about 70% of the daily required intake. Please not this isn’t medical advice and cannot be used as a prescription drug.

Paprika can be found and be purchased in most local supermarkets, where you’ll find a variety and in most Indian spice shops in your locality. 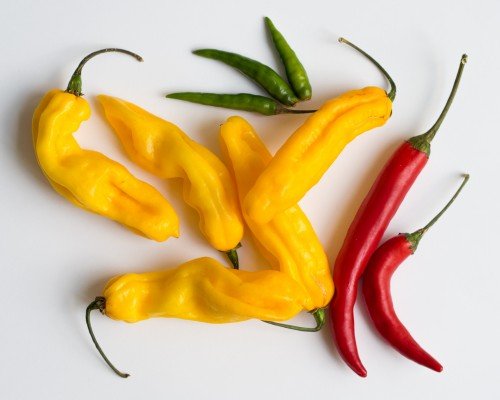